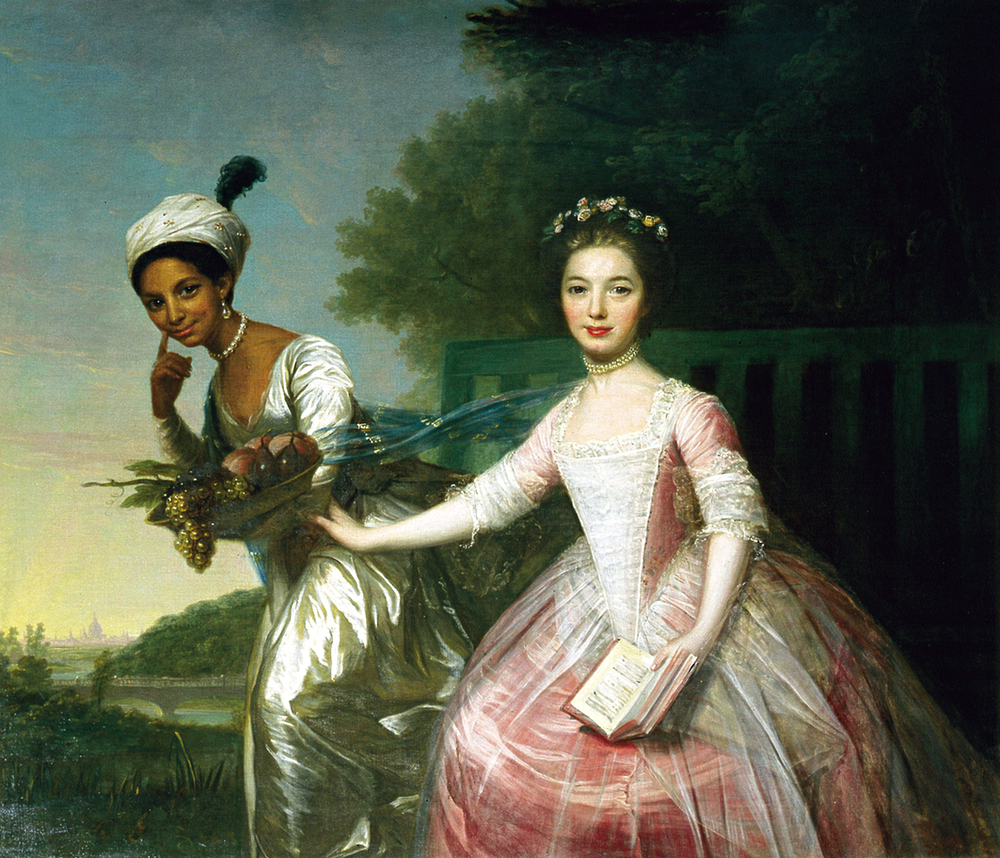 Would you believe it if I told you that there existed a black aristocrat in eighteenth-century England? No, of course you wouldn’t because this seeming conundrum was certainly not allowed to happen. Even more perplexing was that she, Dido Elizabeth Belle, was the daughter of Sir John Lindsay – son of Sir Alexander Lindsay, 3rd Baronet – and great-niece of William Murray, the first Earl of Mansfield and Lord Chief Justice for 32 years. Her blood was certainly noble, at least in the view of an English aristocrat assessing her father’s genealogy. However, look at her mother’s genealogy and she was no more than the daughter of a slave. She was also the illegitimate daughter of a slave as her parents were never married.

Yet, what set her apart from other illegitimate children was that her father accepted her as his daughter and made sure that she grew up under the guardianship of Earl and Lady Mansfield in Kenwood House. Although she grew up with the Earl’s other niece, Lady Elizabeth Murray, it is not certain in what capacity she did so. Was she the little Lady’s playmate, attendant, or cousin? Since there is no definite account, most people look at the painting featured above and assert that she was a companion equal to Lady Elizabeth. Others look at it more critically saying that she is portrayed as a Lady’s companion. Either way, Amma Asante’s 2013 movie, Belle, certainly illuminates her relationship with the Earl, with John Davinier (who would eventually marry Belle), and how that all culminated in the Earl’s monumental ruling against slavery.

Belle meets the young Frenchmen, John Davinier, when he is under the Earl’s apprenticeship for law. Through him, she hears about the Zong massacre where insurance had been taken out on the lives of slaves as cargo. Following mistakes in navigation, there was a shortage of potable water aboard. So as to save the crew and to retain their investment on the slaves, the crew threw the slaves aboard to drown them. Doing so would enable them to get paid out for insurance because if the slaves had died of thirst then they could not be sold and no insurance could be paid out. Belle then proceeds to pass correspondence to Davinier which brings his apprenticeship to an end.

I will skip the romance and depiction of high society that frequents the movie. However, it allows the audience to see exactly how people of colour were treated in England in that era.

The End of the Slave Trade in Sight?

Eventually though, Belle rejects a most amiable proposal. One of the reasons for this was the affection that she had begun to hold for John Davinier. Either way, the story progressed as the Earl became painfully aware that his attempts to give Belle a suitable life, one in which she fitted into English society, had dismally failed. His own reluctance to rule against the crew on the Zong exacerbated this. Furthermore, he could not even rule against them without drawing criticism from every part of English society – royalty, aristocracy, and commoners – as they were too aware of his relationship with Belle. If he ruled against them, it would seem like an unfair judgement. But, realising that his wish to see Belle’s happiness in English society would never be achieved as long as people who shared her skin colour were brutally murdered and slave trade continued, he ruled against the crew of the Zong in a monumental way. As such, he became remembered for respecting the lives of slaves, and thereby as a man who was instrumental in the abolition of slavery.

It cannot be known for certain what drove him to this judgement, but, the movie certainly makes the case that Belle and Davinier were instrumental. And so, the simple story of Dido Belle becomes more fascinating when we realise that not only did she defy social conventions but she possibly played a pivotal role in bringing the English slave trade to an end.