With the long due, and imminent release of The Monk’s Curse, a novel which I conceived and wrote about almost two years ago, I have decided to make things more interesting by revealing the research I did to write each chapter. This will be something very interesting as the novel is historical content heavy and the link between the various historical threads is fascinating. I shall write a post once a week on each chapter. This week is the prologue.

So without further ado.

This was by far one of the most interesting chapters to write. That is because it is based entirely on the real life experience of the Russian Imperial Family after the Tsar’s abdication in 1917.

And what makes it more interesting is the narrator of this chapter. It is none other than the last Empress Consort of Russia, Alexandra Feodorovna.

What makes this narrator fascinating is that the Empress was a Princess of a German Grand Duchy – the Grand Duchy of Hesse and by Rhine. This was a region in the German Empire.

As a foreign Empress, she was disliked by the Russian population – nobles and peasants alike – and her mother-in-law. That her husband’s reign, a reign much like Louis XVI’s of France, ended in their execution is not the only similarity that the last ruling family of France and Russia shared. As it happens, Louis XVI’s wife was German too. Something that is far too similar to be a coincidence – a historical poetic justice of sorts, Marie Antoinette of France was born as an Archduchess of Austria. A German Princess like Empress Alexandra Feodorovna. She was also disliked by the French population.

It thus adds to one of the many similarities shared by the French and Russian revolutions. Both shared foreign wives of the monarch. Both had incompetent monarchs. Both were the result of a deeply entrenched system of the precedence of society following this pattern: the monarch, the clergy, the nobility, the bourgeoisie, and the peasant or working class.

But these similarities are nothing more than a historical marvel admired by many – myself included.

But the writing of the Prologue required a lot more knowledge than the Empress’s historical background. It would be vital to understand her feelings toward her subjects. It would be vital to understand her thought process, for the reign of her husband was marred by her own influence. An influence disliked by the Russians, and one made worse by her close relationship with the Russian fanatic, Grigori Rasputin.

How could I possibly come to know her thoughts? Her last days. Her convictions. How could I make it historically plausible, in its prose that is?

Simple. With the marvellous tool of Wikipedia and films made about the time. Sure, no historian worth their salt would ever base an entire chapter of their book on the conjecture of Wikipedia and twentieth century film producers. But, I am no historian. And, my book is no history book. It is fiction.

So began the earnest search for the Empress’s thoughts. I shall skip the Wikipedia part. Sure, it gave me the events, the family’s nicknames, their companions, their places of captivity, the time of their captivity, the seasons, and so much more. But I needed more. I needed drama. I needed the daily lives of the Imperial family in their last days.

Here is where the movies come in. Notably, four movies. Assassin of the Tsar. BBC’s Infamous Assassinations: The Assassination of Tsar Nicholas II. Rasputin – Dark Servant of Destiny. Nicholas and Alexandra.

Assassin of the Tsar.

This was an interesting one. Totally devoid of what one would normally expect, this 1991 film starred Malcolm McDowell and a host of Russian actors. It is ‘abnormal’ in that it is not an actual historical picture of the last days of the Imperial family. Rather, it follows Malcolm McDowell’s character, Timofyev, a patient in a mental asylum, who claims to have assassinated both Tsar Alexander II and Tsar Nicholas II. Somehow, the family’s last days are characterised by McDowell starring as the family’s guard, Yakov Yurovsky; and by Dr Smirnov (Timofyev’s doctor in the mental asylum) starring as Tsar Nicholas II. It makes for an interesting look into the wild mind of Timofyev, and the last days of the Imperial family. More than anything, it gave me a brief look into the events that my prologue would contain rather than the look into my narrator’s mind.

This one was not only interesting, but it was a pleasure to watch. With an all star cast, three of my favourites – Alan Rickman, Ian McKellen, and Greta Scacchi – it was thoroughly enjoyable.

The cast left nothing in want, brilliantly portraying the last days of the Imperial family, and placing particular focus on the relationship between Rasputin, the man who ‘supposedly’ aided the health of Tsesarevich Alexei in his affliction with haemophilia, and the Empress. To me, their relationship almost seemed sensual as the snivelling Rasputin gained the favour of the Empress, posing as her saviour. It makes for a compelling tale that leaves one not in doubt about why the Russian population disliked their Empress and her notorious confidante.

This was by far my favourite of them all. In part because it stars the beautiful Janet Suzman, born in my home country South Africa, and niece of Helen Suzman, an anti-apartheid activist. Janet Suzman delivers a stellar performance as Alexandra, painting the perfect picture of the imperious woman, her strength in her convictions, and her love for her family and Nicholas.

Of them all, this movie guided my hand the most as I wrote the first chapter to my first novel. As such, it will remain a film that will be firmly embedded in my memory. It is one that I highly recommend.

Finally…the conception of a prologue worthy of its succeeding chapters

Now, whether all these movies and my perusal of the necessary Wikipedia pages gave me an accurate picture into the Empress’s thoughts or not, I certainly shaped a character from them. A compelling character. An antagonist some might claim. But the perfect start to my novel. 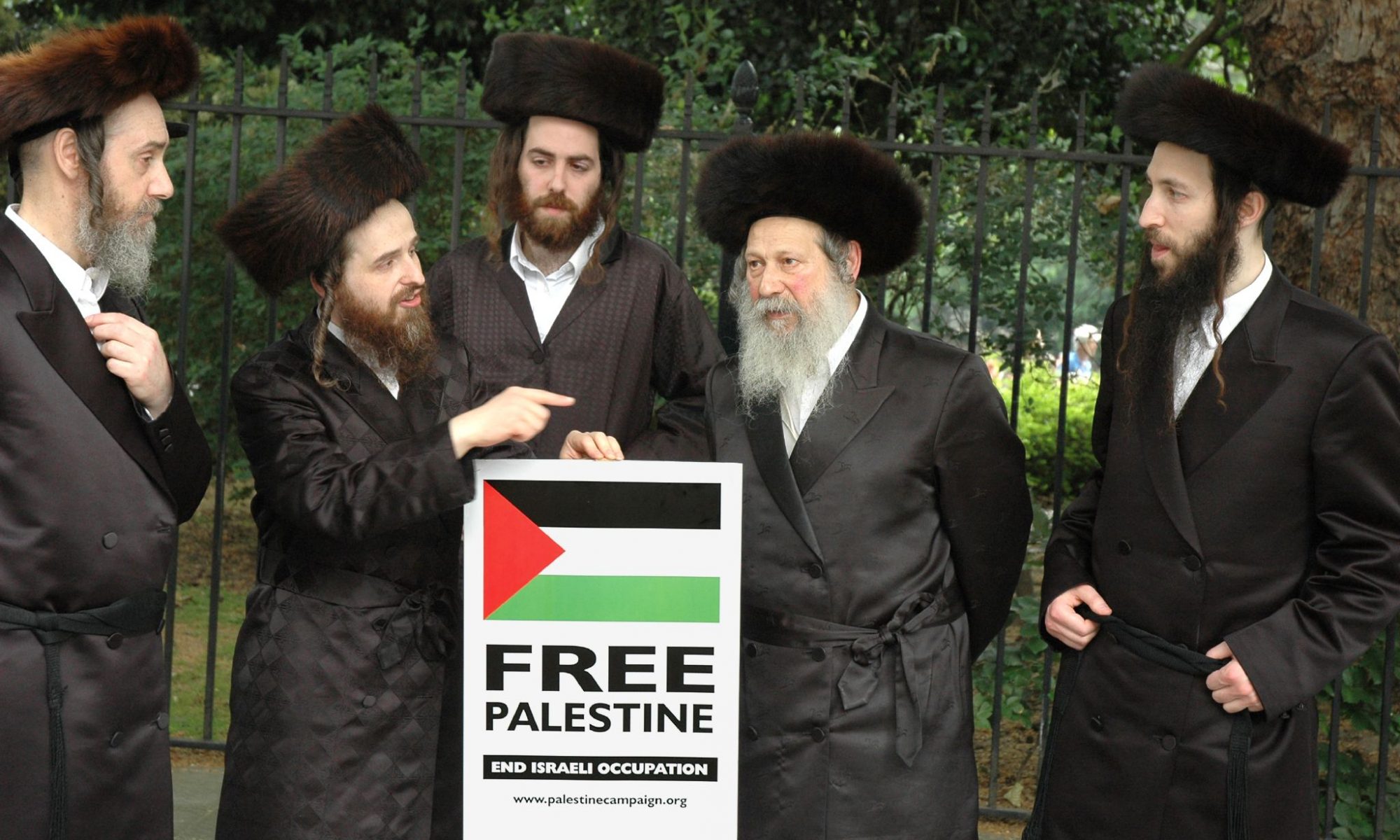 Last week, I came across a very interesting video. It was a journalist exploring the workings of Neturei Karta, a group of Orthodox Jews who oppose the state of Israel and its occupation of Palestine. The journalist explored the group’s functions in London.

So what is Neturei Karta?

Quite simply, it is a group of Orthodox Jews supporting Palestine. Sounds strange, doesn’t it. A Jew, supporting the Islamic state of Palestine in opposition to the Jewish state of Israel. Well, quite frankly, no. It is not in the least bit strange.

If you read my previous post on Palestine’s Nakba, or the exodus of the Palestinian people when the Western nations decreed a state of Israel, you will know that I do not believe that the conflict between the fake state of Israel and the rightful state of Palestine is one of religion. No. It is one of politics. Indeed, the holy land is holy for all Abrahamic religions. Why is it then that it is seen as the birthright of the Jewish people? No people should have the birthright of an entire nation based entirely on their ancestry or religion. It goes against many fundamental human rights and the right of self-determination of statehood.

So, no, it is not about religion, at least, not anymore.

This seems so logical. That is because it is. No religion should have claim to a land based on their beliefs. In making their beliefs transcend the rights of adherents of another religion, they are asserting the supremacy of their religious beliefs over that of their victims. That is to say, it claims that their religion is the one true one. That is fine. Religious people do believe exclusively in their God. But, if this God prohibits murder in His commandments, and if He promises deliverance to the Holy Land at His hand (much like he delivered the Jewish people from Egypt), then why are the adherents of this God going against His fundamentals?

I cannot say that I know of the Jewish God. I have read the Old Testament but my knowledge is limited to that. So, I cannot claim to base the argument above on scriptural reference.

But Neturei Karta certainly knows enough about their faith. And they recognise that the promised land shall not be delivered to the Jewish people by force and murder. It shall be delivered by the Messiah.

Perhaps this is something King Bibi, the delightful despot of Israel, should consider before basing his election campaign on Zionism. Perhaps this even gives insight into who exactly is making this struggle a religious one. It is undoubtedly a politician. So then, is this about religion or is this about politics? I think the latter, but I shall leave you to determine that.