I recently wrote about how fundamentally linked witches and feminism are. I alluded to a speech that I delivered in 2014. As a follow on from my previous post, here is that speech.

The topic that I will discuss today is a crime of historic significance. When I approached this topic, I found that there have been many such occurrences over the centuries. These included the various genocides, slave trade and famous serial killers – the likes of Jack the Ripper. Crimes of a varied nature have continued to plague history. Yet, I found that, each of these topics were either too broad or otherwise not very significant to me. I was searching for a topic with far reaching consequences…a topic that shaped our modern world. Then it struck me…we live in a world where women and men are, in most cases, living as equals. In a majority of modern families, both women and men hold down jobs and share household responsibilities. But this was not always the case. I began to question what triggered the transition between the traditional role of the woman and the modern woman. Feminism, as a movement, must have been spurred on by some occurrence. I then came across the writings of the witch-hunts in the early modern period. It is this topic that I will discuss this evening for its relevance in changing the course of history for women and men alike.

A witch-hunt is a search for suspected witch or evidence of witchcraft. A witch in this context was thought to be a woman who manipulated nature, and more so people, usually in negative ways. Witchcraft would simply be defined as the practice of this art, or as it was then thought to be, an evil ritual. In any case these were often fuelled by moral panics and mass hysteria. The moral panics came about due to the belief that some malign conspiracy such as Jews and lepers, Jews and witches or Muslims, were attempting to destroy the Christian kingdoms through magick and poison. The hysteria was due to rapid social, economic, and religious transformations including the prevalence of epidemics and natural disasters throughout Europe.

While witch-hunts have been prominent throughout history, I have chosen to explore the witch-hunts and subsequent trials that occurred between the 15th and 18th centuries. Interestingly enough, these hunts were targeted mainly against women. My argument is that essentially these hunts were a gendercide. A perfect substantiation of this is given by Steven Katz in his book The Holocaust in Historical Context. It reads as follows and I quote: “All wickedness is but little to the wickedness of women…What else is women but a foe to friendship, an inescapable punishment, a necessary evil, a natural temptation, a desirable calamity, domestic danger, a delectable detriment, an evil nature, painted with fair colours? … Women are by nature instruments of Satan – they are by nature carnal, a structural defect rooted in the original creation”. While it is evident that this quote is insulting to any woman, it should not be interpreted as an insult but rather as evidence that shows what people thought of women at that time.

I have explored three basic questions. The first considers who the instigators of the witch-hunts in that century were. In conjunction with this, I will discuss possible motives behind these mass killings. Finally, I will discuss the implications of this gendercide on how it has shaped feminist history.

Before a discussion of my three questions, I will offer a brief overview of the context in which these trials occurred. As mentioned earlier, I am looking at the period between the 15th and 18th centuries. Although we all mainly associate witch-trials with the world famous Salem witch-trials, contrary to popular belief, the witch-hunts were most prominent on the European continent. Most of the occurrences were estimated by author Ronald Hutton to have been in Germany with between 17 and 26 000 victims. Also top of the list were countries such as France, Switzerland, Poland, Scotland and Austria. The most famous of the German trials were the Trier, the Fulda, the Wurzburg and the Bamberg witch trials.

It is difficult to pinpoint a specific person, group, or movement that was responsible for starting these mass killings. As with most moral panics, it is not easy to discern the culprits and motives. There are varying accounts and opinions about where the beliefs about witches and witchcraft began. My belief is that the culprits were various, as were their motives. The first of witchcraft as a crime were, interestingly enough, identified by legal codes and laws before being adopted by Christian missionaries. In some cases, it has even been noted that laws were revoked as a result of the Churches’ disbelief in witchcraft. They refused to admit that witches, who could challenge their beliefs, existed. It should be emphasised that the vast majority of witches were condemned by secular courts, with local courts especially renowned for their persecutory zeal. Men were exclusively the prosecutors, judges, jailers and executioners, of women and men alike, in Europe’s so-called emerging modern legal system.

The Church’s revocation of the belief in witchcraft was itself re-evaluated and accepted by Pope Innocent XI. It was after this that the panic and belief in witchcraft, as a supposed threat, became prevalent and spread like wildfire. While it was widely believed that the main instigators were Catholic, estimated deaths were found to be more common in Protestant communities. Areas that were deeply rooted in Christian beliefs were, in fact, hardly affected by witch hunts. This is quite strange considering the supposed link between Satanism, witchcraft and the Bible.

As with most moral panics, the actual reasons for the witch-hunts were far more complex than just the religious angle. This was the main interest of my research into this topic. It is my argument that the witch-hunts conducted were more closely linked to patriarchal reasons than religious ones.

It was stated by feminist Deborah Willis that some accounts portray and I quote, “the witch as a heroic proto-feminist resisting patriarchal oppression, and a wholly innocent victim of a male-authored reign of terror designed to keep women in their place’. I, personally, subscribe to this belief. There are many reasons why I believe in this theory about witch-hunts. First of all, a majority of the people killed in witch-hunts were women. Statistically, it has been estimated that 75 to 80% of the witches placed on trial were female.

Many scholars have argued that it was the woman who seemed most independent from patriarchal norms – especially elderly ones living outside the parameters of the patriarchal family – who were most vulnerable to accusations of witchcraft. Women who lived above 50 – a strange phenomenon in those days – were accused of utilising witchcraft to stay alive.

Interestingly enough, one of the tests to determine whether a woman was a witch was an unwillingness to cry when placed under torture. The campaign to eradicate women who refused to conform to the patriarchal way of life was further exasperated by men who encouraged women to turn against each other. Another reason that has been identified as contributing to women’s plight at that time was the fact that women were seen as inherently evil as opposed to men. Remember, Eve bit the apple first. Women were also seen as suspicious because of their roles as homemakers, a job which men considered left a lot of idle time to practice sorcery. Women who practised as nuns, midwives and herbalists were seen as breaking norms, and this put them at risk.

The witch-trials of that age were very influential in the early studies of feminism. Feminist scholars have widely argued this period as being the catalyst for feminist movements. It was the subjugation of women and the many crimes against women that may have started making women take the necessary steps to get back their power and allowed them to get to where they stand today with regards to improved gender equality that is recognised and implemented as much as possible. This is the widespread significance that these heinous crimes have had on modern society. I personally thank each and every one of those women whose lives were sacrificed for our good. 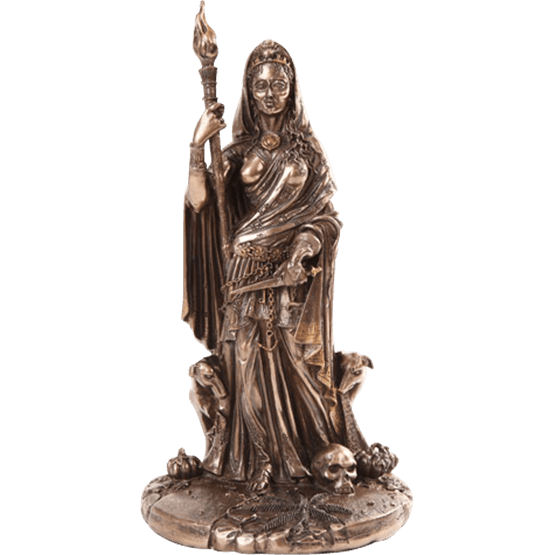 These are bold claims. Even for a witch.

But here is why they are true.

But what is Wicca?

Wicca is a highly unorganised and non-institutionalised religion that follows old beliefs – beliefs older than most religions – which blend a unique mixture of worldwide pagan belief systems into one that is accessible to anyone. An adherent of this faith is known as a witch.

Again, these witches do not wear conical hats. They do not fly on broomsticks. And they are not evil. They do not worship Satan.

There. I said it. Because despite what organised religions and pop culture media may tell you, this is a real belief system which Wiccan High Priestess Ipsita Roy Chakraverti describes as offensive to no religion. She claims that it simply separates the inherent good and evil within each of us. Indeed, Wiccans do not go out trying to convert people. Nor do they cast spells on people (at least not in the fantastical sense of the word).

But I shall not go into the details of what Wicca is. Rather, I will put this here.

Chakraverti, a witch, claims that witchcraft was the first feminist movement in history. Here is why I think she is right.

As the picture above claims, the witch trials of the early modern period have been somewhat romanticised by the modern pop culture. Indeed, it has turned the centuries old struggle of women into nothing more than a gimmick. The struggle is centuries old. I can guarantee that witch trials have taken place every single year since the infamous ones took place in Europe and North America. Accused witches continue to be lynched and murdered in many other ways to this day.

This struggle is tied to women because the victims have almost exclusively been women. Women who have sought a life that is not defined by a man. In those days those women were the midwifes, the healers, the herbalists, and even women who just lived alone or in seclusion. Today, these women are the same women. Women who seek to throw down the shackles imposed on them by a religiously entrenched patriarchal society.

These women, these victims, they are the real feminists.

I spoke about this issue at a Young Historian’s Conference in 2014. The evidence is damning. There is a multitude of content that supports the view that innocent women, perhaps even adherents of the old ways of Wicca, were murdered by men guided by their religion, guided by their society, and guided by governments and other men acting as proponents of this theory of evil. There was even a guide written for the identification and disposal of a witch. Malleus Maleficarum.

And today, the destruction continues. Women continue to be marginalised. Witches continue to be the victims of hate and murder. And feminism, a movement of emancipation that evolved centuries ago in the small acts of freedom that women sought, has continued to be suffocated by patriarchy, by laws, by lawmakers and politicians, by workplaces, by families and society, and by religion.

I am a man. But, that doesn’t make me blind to the privilege I am afforded just because of the way I was born. Thus, I believe that men are trash. Here is why.

Men keep pushing woman down the ladder of success, even using women as a means to get further.

So, men are trash

Do I have proof of this. You bet I do.

Firstly, watch this. And, if it doesn’t leave you feeling like men are trash, then you have some serious issues.

And for more context, my last post on Zelda Fitzgerald…