In my previous post on the problematic villains of fantasy, I promised another rant. Well, actually a few. But here is the first one. As anyone familiar with fantasy, or specifically epic or high fantasy, knows, there are classic tropes which make the plot lines of fantasies so unoriginal. My post on villains only confirms this.

But the problem goes more deeper than that. Unfortunately, fantasy worlds often reflect the real world. This in itself is a problem. How can fantasy have any claim to being fantasy if it is not – for most fantasies are effectively allegories? Now I am not criticising the masters of fantasy – nor the master of masters: J.R.R. Tolkien. No, I love them. I love Lord of the Rings, The Hobbit, and the blatant copy of those – David Eddings’ Belgariad and Mallorean.

I love immersing myself in these fantastical worlds. But the problem comes in when one is so immersed that the line between reality and fantasy is blurred. And this is too often the case. In fact, most readers don’t even realise it.

To unpack this, let me elaborate on the tropes of fantasy. This is simple to do. Fair skinned and beautiful good versus darker skinned and ugly evil. Good west versus evil east. Highly civilised west versus barbaric east. I could go and on. But the fact remains that the maps of worlds like Middle Earth and David Eddings’ sagas too often reflect the problems of the real world – civilised west and barbaric east. The other tropes fit this almost perfectly.

Let us not forget Game of Thrones. It also reflects the above, all the while making it abundantly clear that the east is a place of mystery and barbarity. Slavery is abundant in the east? Reality check! Europeans invented slavery!!! The hordes of Dothraki?? That is a blatant misappropriation of the Golden Horde of the descendants of Genghis Khan. And in portraying them as savage people only skilled in horsemanship plays on the classic belief that Genghis Khan was only effective in savagery and not in his actual civilisation. Oh, and the treatment of characters of colour on the TV show is pathetic. I could see the racial hatred on the faces of the Westerosi in Winterfell as the foreign queen marched in with her coloured warriors. Don’t even get me started on the painting of Arya Stark as the Columbus of the world of Game of Thrones. What is west of Westeros? Well, who knows? It is probably a place that has never deserved the attention of the advanced races of Westeros who were too focussed on the barbaric east. It is in the name. Nothing is deemed worthy of being considered west of Westeros because it simply doesn’t matter. Well, let us leave it to Columbus to ‘discover’ the new world.

I could go on and on. Even Rick Riordan makes it plain that the location of Mount Olympus is wherever Western Civilisation is. What about Eastern Civilisation? What about the fact that some of the most sophisticated cultures, ancient civilisations, and advanced scientific discoveries like the number zero and the system of numbers all sprung from the East?

As I said, I could go on and on. And I can tell you this, my views are inflammatory. No one likes to read these kind of things. But it is a topic which needs discussion. Why are most fantasy worlds based on medieval Europe? Medieval Asia and Africa were far more civilised places. Why are most fantasy worlds predominantly featuring white characters?? Many people say that people of colour do not belong in these fantasies because the fantasies are based on medieval Europe. Well, news flash, the Europeans have traded with people of colour for eons. People were not isolated in their worlds that is depicted in fantasy and period dramas. Well, perhaps only the natives of America were. But even they could not keep their identity. Because Columbus was too stupid to know where he was, he called them Indians. Also why do you think their (European) food is so bland? Because the only Eastern spice that they could handle was salt and pepper. Oh, and for those who say colonisation brought civilisation, let me remind you that colonisation was the expansion of slavery and religion. The Europeans had no care for the natives. If they had, well, Africa would not be where it is today. The Europeans did not share their civilisation. They took new lands and practised civilisation while only allowing the natives to watch. Oh, and before I forget, the means that Europeans used to conquer lands was acquired from the East. Gun powder and ammunition.

For too long people of colour have been inferior to white people in real life and in fiction. I have even been told that my culture has contributed nothing to science. You would think that these civilised people would at least have scruples. Well, they don’t. For all their civilisation, they lack humanity. So, who should the villains in fantasy be? The ones who have humanity or the ones who lack it? That question needs no answer. At least not for anyone who has the attribute of rationality. 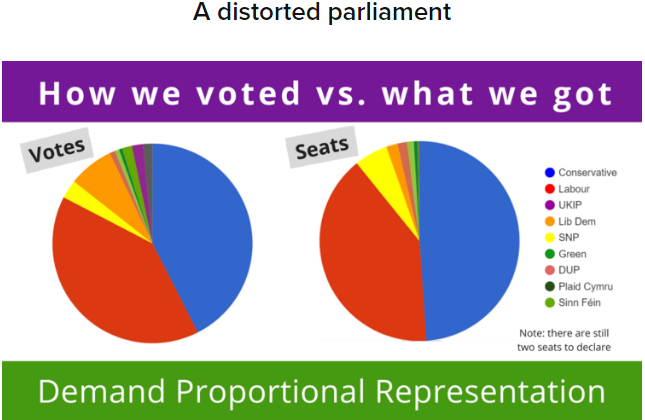 Of late there have been many elections taking place around the world. This year we have seen the elections in Malawi, in South Africa, and in India. We have also recently witnessed a UK general election as well as a USA Presidential election. The next USA election is set to take place next November. Considering these elections brings to the fore the matter of the legislature. While the USA has a separate vote for the legislature, it is still one worth considering.

In any case, there are two main systems for the elections of legislatures. Some legislatures are called Parliaments. Others are called Houses or Sabhas. Whatever the nomenclature, most countries have a system of a bicameral Parliament. That is, there are two houses of Parliament – an upper and a lower one. Often, the executive is constituted of members of the lower house of Parliament. Such is the case in the United Kingdom, India, and the Republic of South Africa.

Of course there are far more differences in a nation’s system of government. However, in this post, I wish only to discuss the means by which a legislature is elected.

This is where the nation is divided into constituents or areas. Each constituency sends a member of Parliament. This member is determined by an election in that constituency. Called the first past the post system, the member who attains a majority of the vote in the constituency becomes that constituency’s member of Parliament. This means that a party may gain a majority if enough constituencies are won. This also means that the majority party may not necessarily get a popular vote equivalent to their percentage of seats. For example, if a member wins the constituency with only 51%, and if every member of that party won in every constituency with that majority, they will be represented 100% in Parliament even though 51% of people voted for them. This presents a clear disadvantage of the system. Effectively, even if a party got a major popular vote, they may never win a seat.

This aspect is contentious as it means that people like Donald Trump can come into power even though they do not win the popular vote. Similarly, populists like Narendra Modi may also win, even though their popular vote might have been lower than the seats in Parliament that they receive.

But this system does have its benefits. Notably, members of Parliament, elected by ordinary people in their area, remain accountable to the people of that area. Accountability is a crucial aspect of government.

In terms of democracy, this is a clear winner. Citizens vote for their desired party. The votes are tallied. The percentage that the party wins of the popular vote determines the same percentage that they will receive in Parliament. This means that the people’s choice is clearly represented. This has proved to be a good system in South Africa where it ensures adequate representation of women in Parliament due to the ruling party’s policy. Obviously, this may change if the ruling party changes.

Both systems have their flaws and benefits. As a result, it is seen in some countries that half of Parliament is appointed by popular vote while the other half is constituency based. This is definitely a winner, maintaining both accountability and the people’s choice.

Considering election styles is definitely something worth worldwide attention. To be complacent with any style is to be unable to see its flaws. To question it is to potentially bring about a government that is true to democracy; serving the people. Thus, awareness regarding politics and government is a crucial aspect to civil society.